This SBR Really Will Save Your Life! 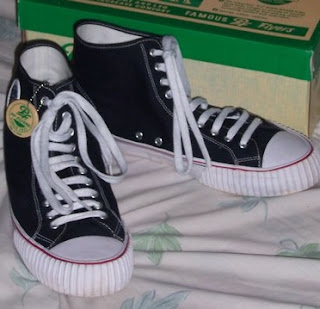 The mentality behind fat people with guns seamlessly extends beyond YouTube humor and into the prepping world, especially with the big guys behind the gun counter. The funny thing, or perhaps sad is a better word, is it won’t be a firefight that claims the lives of our girthish survival brethren, but rather clogged arteries.

No amount of prepping will protect you from bad health. What might, however, is a quality SBR.

No, not a short barreled rifle. Instead SBR is Swim, Bike, Run. Think about it: Triathlons are the ultimate prepping sport. From the mountain man versions that pit a significant number of objective hazards against the athletes, to the city versions that gives a realistic picture of the physical prowess of the fit masses.

But alas, an unfortunately large number of PINOs (preppers in name only) spend their days fantasizing about a shopping spree for their bugout vehicle, or planning what isles to run for when they are first in line to loot the local Home Depot. The real secret to survival, my friends  is to pimp-out your true bugout vehicle, your body.

You don't have to set your sights on the Ironman to make this worthwhile. Instead, be able to sustain a few hours of substantial effort when needed. If a flight of stairs is a formidable enemy, then you are not going to last a week in a real maelstrom. A week!

Swim. Swimming is an essential skill that will be needed for fording rivers, moving around lakes, evading man and animal alike, and simply living to tell the tale after a water landing. With two-thirds of the earth covered in water, your faulty expectation of open highways to everywhere just improved my chance of survival.

Bike. Bicycles are one of the world’s most efficient forms of transportation. Mind-bogglingly simple in design, the bicycle has undergone extensive evolution over the past 150 years resulting in the mountain bike. Not the cheap big-box version, but the profoundly refined rolling magic of a serious mountain bike. With even limited fitness and a half-century  of good living under your belt, 60 miles in a day on a bike many not be comfortable but is realistic. And bikes are silent to ride, easily portaged, simple to operate, require little maintenance, are packed with interchangeable parts, and best of all, much less expensive then a quality SBR of the gunpowder type.

Run. Need I say more? In it’s purest form no equipment is required. While my ideal prescription for survival includes some long distance trail running, if your health is better than the typical city dweller, you can train-up rather quickly even after TSHTF. All you have to do is test your limits of athletic suffering in order to put realistic limits on what you can do now and in the future. Don’t just run to hunt or evade in your dreams, run in your neighborhood. Now!

In all honesty, you really have to appreciate the tenacity of the obese prepper. If you play episode roulette with Doomsday Preppers, more often than not the show highlights an overweight (sometimes massively so) prepper who’s preoccupation with food, toilet paper, and firepower is noble but misplaced. Their horrendous girth, slow reaction time, and high operating costs in terms of time, calories, space, and medication definitely make them a personal threat to their own prepping scenario, and often to those around them as well.

Sorry to bear the bad news, but there is no amount of ammo and gasoline that will make up for a bad diet, little exercise, and self-inflicted poor health. A brisk walk of 15 minutes a day will do more good for your prepping than a warehouse full of MREs.*

*Apply this advice only as needed.