Fairy Tales are not Survival Manuals 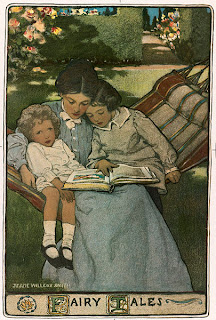 The brain dead heros(?) in The Walking Dead have to survive a constant threat of zombie-like “walkers” yet their never-ending supply of stupidity is what keeps the show rolling along. For instance when the little boy was shot as he walked up to a well-antlered buck. Luckily the kid took some fragments of bullets in his chest rather than an antler through his neck followed by an ample supply of hoof stompings  Really? The writers of the show thought a child walking up to a deer during the apocalypse was a safe thing to do? If these idiots are the salvation of mankind, I want nothing to do with it.

In fact, the cast of characters yet uninfected seems to represent a cross-section of what’s wrong with humanity in the first place. So I thought I would take the liberty of helping out the viewers and writers of the show alike by suggesting a few things.

First of all, the walkers are a constant threat. Perhaps the viewers noticed that the moment the actors’ guard goes down, the attacks begin. So rule number one, don’t ever let your guard down, which includes never allowing children to wander around only within earshot.

Second, when a hoard of walkers is chasing you, don’t waste your time shooting at them. Yea I know it makes great TV, and popping a few stiffs is cathartic, but since it adds nothing productive to the situation given the inverse relationship between walkers and ammo. Instead focus on the task at hand. Which happens to be escape in case you forgot!

Third, get creative with your weapons. Fire is a good walker killer. It’s a little dangerous for the low-paid stand-in zombie actors, but in reality, it’s quite an effective deterrent.

Finally, if you want to fight fire with fire, this time metaphorically speaking, then use your brainpower to figure this out: There are a zillion walkers and they don’t attack each other because of smell. So instead of only running the equation in one direction by trying to smell like a walker flip the odds and whip up a batch of “living perfume.” Then spray the walkers and sit back and enjoy the action.

But seriously, my concern is not with this obviously fictional account of a rampant disease. It’s with the long list of take-aways that are worthy of consideration. For instance there will be serious personality issues that need attending to whether by homebrewed rule-of-law, or by acute lead poisoning. For time immemorial egos have contaminated the stew of community and unless the disease specifically picks on the stupid, there will be plenty of them still walking around when the dark times come. So pick your friends carefully. Remember, strength is in IQ numbers not in human tonnage. The left side of the curve is just wasted food.

Another take-away is to know when to cut your losses. As the world slides downhill in a handbasket, learn quickly since the rules of civil society no longer apply. What will apply are the rules of Natural Selection. Yes, my friends, that would be evolution in the biological sense.

A fascinating outcome of America’s attempt to sterilize the school curriculum of all things that evolve is that the general populous of graduates has no functional explanation for the natural order of things. Personally, I see that as yet another tip of the survival scale in my favor. The downside it that the lack of knowledge will also accelerate and amplify the S as it hits the F. 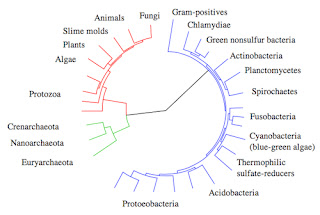 Sure, we can go all Captain Kirk by doing unpredictable things, but overall, we behave like the parts of a fine watch whether we want to or not. Those who disregard the rules of prediction are easy prey 99 times out of a hundred. In the off-chance that the unpredictable works, the critter lives another day. But a majority of the time, the non-logical response is a faster path into the predator's mouth.

Of course predictable behavior does not make for good TV, only good fairy tales.

And fairy tales should not be used as survival manuals.