The lovechild of capitalism and prepping is the gadget that will save your life.

Of course the gadget won’t save anything except in prepping fantasies. But you can’t tell that to the marketers who are stuffing their pockets with preppers’ hard earned cash as they sell security in a bottle that can sure fool the average prepper. 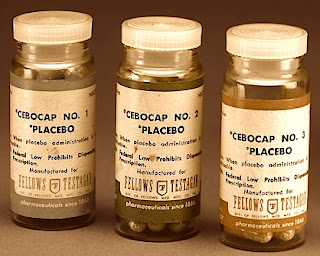 It is obvious that the security, and very survival for that matter for the individual prepper, has nothing to do with their pile of gadgets. But the inverse is true. The prepper’s preps can drag down the prepper  by restricting their thinking, and worst of all, allow them to carry the false belief that a magical multitool will lead to salvation.

The commercialization of prepping has given the lightly-informed such a false sense of reality that preppers will become a danger to themselves and others. Let me say that again. Preppers will be part of the problem.

The reason is simple. If you are spending money on a prepping gadget then you have some belief that a particular scenario will transpire where said gadget will be essential. But there is a human tendency to use the tool at hand to address the problem rather than the tool that was designed for the job. Extend this to reality and you have preppers counting on their guns and tube tents to save the day. Everyday. Any day.

The preppers attempt to force-feed their preps into whatever situation arises is a manifestation of the Bugout delusion.  Of course the nature of prepping is this very conundrum, but when a prepper becomes enamored with a particular prep, like chemical weapons suits, bunkers, bug out, or world’s best survival knife, then the place or thing is now driving the equation which in turn drives the sanity of your decisions.

Your suburban bunker is a great idea...for me. I'll just let you stew in your own juices for a couple days, then track down your air supply and plug it. Oh, you thought of that did you? When then hows about I build a big bonfire on top of you shelter. Did you think of that. How's that air conditioner working? Yea, I thought so. Too bad you didn't bug out like you should have. Your mind's weather must have been partly clouded with a chance of failure.

Many prepping Americans have forgotten that Nature is not a democracy. Even if 100% of voters choose something else, nature does not care. And that includes human nature. And if you cannot separate the reality of nature from your prepping desires, then you are doomed and will likely take others down with you.

If avoiding food insecurity is your primary prep, then you better hope that is the real challenge. If you spent your retirement savings on guns and ammo, then you better pray a civil war breaks out. If you pimped your bug out vehicle, then there must be a place to go and you can drive your BOV there.

Placebo Prepping occurs whenever you step over the lines of practicality and into the realm of Prepper Super Hero. If you dream of the perfect bug out, bug in, armed standoff, or new prepper-based super society, then you are a placebo prepper.

Frankly, I have serious plans to initially avoid all other preppers when the SHTF. Why? Because there is a disproproportinately high number of nutty preppers out there who are substantial liabilities to themselves and anyone around them. I do feel bad for them, but will not be first in line to help them.

So many preppers think there will be safety in community. Not this guy. No way. I will base my apocalyptical friendships upon performance after the fact, not before. Anyone can say that they are a prepper, but that is not a ticket into my compound. All it takes is a spin around YouTube to see what challenges await you. While there are some sane preppers sharing realistic, quality knowledge, the vast majority of so-called preppers are doing equipment reviews about something they know nothing about for a scenario they know nothing about for a purpose they have never studied academically.

As Professor Prepper, I am frequently asked why I trust the science over the latest conspiracy theory or magic number. Well, not exactly in those words, but you get the point. The reason why I trust my preps to science is because science does not care what anyone thinks. It is not clouded with opinion, covert funding, advertising, marketing, and personality conflicts.

However, when all the problems of the world are mixed with science the result is…any guesses…The Mainstream Media. Not that the MM is bad. It just takes some decoding. Given that reporters and corporate America do not disclose how vested they are in most news, the reports are filled with inaccuracies, both intentional and not. But there is plenty of details when one sources news from many perspectives especially those not from this country.

Don’t you love it when a prepper in a video has to take a detour to the hospital? There are some wonderful examples in Doomsday Preppers. Talk about real prepping, hospitals are the epitome of prepping! Instead of criticizing the so-called “sheeple,” preppers should be learning from them. Hospitals have prepping plans vastly more detailed any the conventional mainstream prepper. As do cities, road departments, airports, banking, etc. Stockpiling MREs, flashlights, multitools, guns, and cheap daypacks is not prepping. That is mindless hording.

Think about it. And remember, shorthand for Place Bug Out is spelled Placebo.