I've been trying to choke down a few more firearms and survival-related podcasts lately and am more disappointed then ever by what I hear. While I applaud the efforts that many people put into sharing information via the audio-on-demand format, I just wish they actually had information to share.

For example in one particular survivalist podcast there is a never-ending cycle of household preparedness tips. Not that it's a bad thing, but it’s the same tips over and over and over again. Plus the host is constantly listing what he plans on doing, and not what he’s done all the while imploring the listener to move forward on his suggestions.

And then there are all the gun podcasts by relatively new shooters. It sound like a good idea, but you can only learn so much from someone who only swims in the shallow end of the pool. Even worse, their perpetual city dwelling has left them with such massive holes in knowledge and experience that very few of the nuggets of wisdom are worth unboxing due to all the nonsense packing foam and tissue paper.

For instance, one of the preachers at the church of the concealed carry once mentioned that if he was in a life or death situation he would not use his good gun because it would be confiscated after the shooting. Instead, he would choose one of his lesser pistols that he wouldn't mind parting with during the duration of the investigation. Talk about missing the big picture. 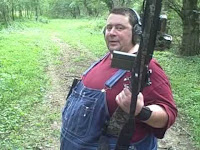 Oh, and one of my favorite, well actually its just one comment that caused me to stop the podcast, unsubscribe, and delete all episodes. It was a simple but hugely telling offhand comment where the host talked about keeping an open mind about the news. For instance, the Sandy Hook shooting could be a hoax. You just never know. Well, that did it for me. I will be perfectly happy the rest of my life if I never ever hear another word from that podcasting imbecile. Its one thing to be skeptical about stories where there are plenty of missing pieces of information, but absolutely insane to consider ignoring the murder of 20 children in the off-hand chance that everyone got it wrong somehow and nobody died.

On a lighter note, there are the hosts that have the social skills of a yellow lab puppy. Every tangential topic, verbal typo, or accidental pun is met with a reckless diversion of childish repeats, copycats, and explosively derailed trains of thought. 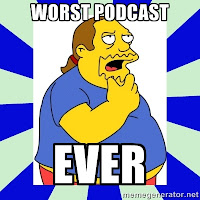 Finally, there are the podcasters who perpetually profess that they are obese and not really trying to lose weight. Or those who have less command over the English language then the average  grade school student in China. And worst of all is the the podcast host named Constantus interruptis. This latter beast is usually so full of hot air that the only way they can justify their presence on their own show is beat their co-hosts and guests into verbal submission through forceful interruption and an endless stream of grunts and attempts to start talking by repeating the first word of their great thought. And it was the same thought we all had seconds ago and have long since moved on. But like a lab puppy, they get so fixated on the bouncing around ball in front of them that they fail to see their guest's Mack truck of useful knowledge bearing down but then must slam on its brakes and fly off the cliff into the ocean of silence leaving us with nothing more than the obese mathematically-inept grammatically-challenged host reciting with pride their stupid thought from 20 seconds ago that every listener has already considered and dismissed. 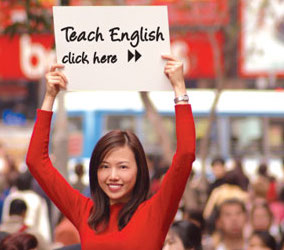 So in the end, I have to consider whether or not the entertainment of the audio is worth the misery and frustration of listening to the dysfunctional social and verbal skills of a hyperactive second grader. Honestly, I do want to hear what the hosts knows, but frankly it often isn’t worth the frustration. So in the interest of helping, here are my Top 10 Rules for delivering a worthwhile podcast in this survival/prepper genre. 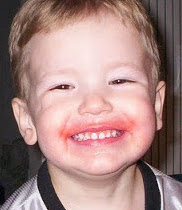 So there you have it. My wishlist of podcast traits. And everyone of them is free, easy, and guaranteed to keep your podcast worth listening to.