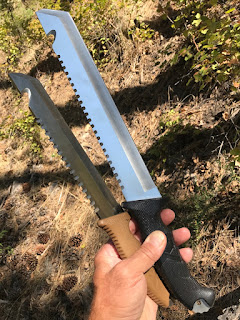 There is a reason that knives are lumped into named categories, and that is because the knife profile of that particular category has been honed (pardon the pun) over decades or even hundreds of years.

Whether cutlass or cleaver, Bowie or barlow, choice of shape, thickness, blade steel, edge, and hardness have all been chosen to support the mission of the knife. But what happens when a knife design crosses between categories? Well, compromises have to be made, and the user of such a tool must work within the constraints of those limitations. An such is the case with the Camillus Carnivore. 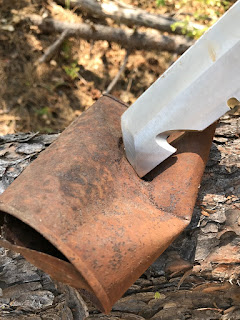 The Camillus Knife Company has been in business, in name anyway, since 1896. It has been a supplier of many military contracts including the famous four-blade folder used by U.S. Forces. Basically is it a metallic version of the iconic Boy Scout pocket knife.

While Camillus might push the All American Company image, it cannot claim all American made. Most of the product line seems to be made in China now, with a few high dollar blades forged in upstate New York.

The Acme United Corporation, an even older conglomerate, bought Camillus in 2009 rolling it into their portfolio of “innovative cutting, first aid, and sharpening products.” So much so was the innovation that in 2011 Camillis signed up with world famous survivalist Les Stroud, aka Survivorman, to design and market survival tools. However the Camillus Carnivore, as yet, is not one of them. 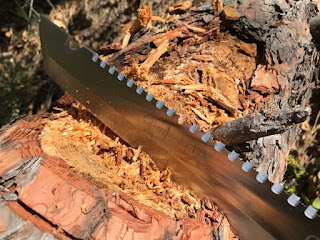 By combining the traits of a large machete-like blade with that of a diverse survival knife, the Camillus Carnivore can run double duty as long as you abide by the rules of limitation. Most machete-sized edged tools utilize a spring steel of moderate hardness (or softer hardness to use an oxymoron) that gives great physical flexibility and ease of sharpening. Stainless steels, on the other hand, don’t like to be bent, and resist the sharpening stone more aggressively than carbon steels. In the case of the Camillus Carnivore, a “Titanium bonded” stainless steel, presumably a 440 Chinese variety. The bonded property presumably is an inexpensive way of hardening the very edge of the blade. It is common among disposable edges like razor blades, but presents issues with actual hand knives in that the resharpenability of the blade is more difficult. But that might not really be an issue with a knife like the Camillus Carnivore since it seem to be more of a here-and-now survival tool that might have limited use in the long term. But it was never designed as such, nor should you expect it too. That’s the difference between a $25 knife and a $250 knife. Both work as advertised. 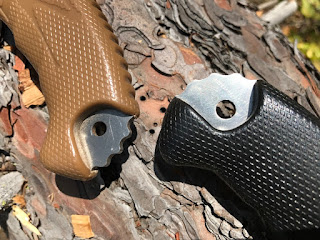 For a large blade that sells for between $20 and $30, one should not have high expectations for the handle. And with the Camillus Carnivore, you might be surprised...or not. The grip of the Carnivore is hard plastic covering with an exposed tail section that ensures that all accurate pounding will skip the grip and focus the force completely on the blade. That’s a good thing, and something I’ve stressed with expensive knives like most of the Fallkniven variety. 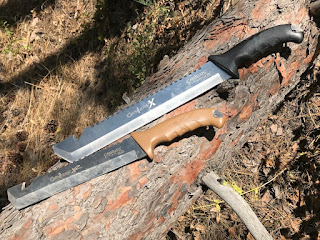 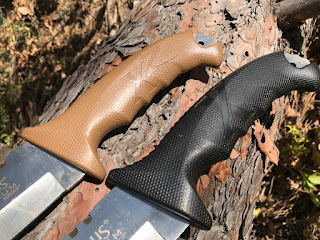 The featured-filled blade has multiple tools from it’s long sharp edge, to the gut hook/cord cutter, to the tanto-esk blade end, to the serrated saw section, to the prybar tip. But it that very tip that has created some of the issues that has given the Camillus Carnivore more than its share of negative reviews in the past. Remember that difference between spring steel and stainless? Well a blade of stainless does not like to be used in a prying fashion and tends to snap rather than bend. A spring steel blade might go up to a 90 degree bend before giving up. So some users of the Camillus Carnivore bent the prybar, which is easy given the foot between the handle and wedged tip, thus snapping the blade and then lopping a whole pile of stars off their review.

Another defect that isn’t is the inability of the tip to penetrate. I figured the case, but in the field I repeatedly tried to puncture a rusty tin can. No go. But you could say it more of a feature than a bug. By providing a solid prying surface, in order to avoid tip breakage, there best not be a tip to break. And thus had the Camillus Carnivore. A blunt-nosed long-beaked cutting/chopping tool.

My field tests of two versions of the Camillus Carnivore, the X and the XZ, in two different lengths, has proved them worth their price. As choppers they both excel and the blade-forward weight provides a great platform for aggressive and precision wood striking. Of course, the blade works well for blade stuff like cutting and slicing as long as it's sharp. 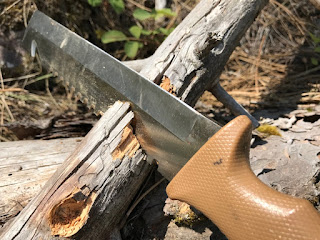 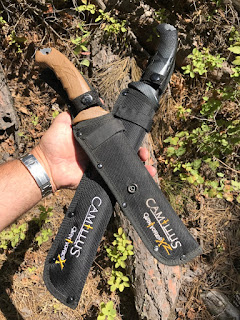 Surprisingly, the sawback of the Camillus Carnivore really does work well as a saw. I've tried many other saw-back blades including Gerber, SOG and others, but most fail spectacularly. They cut no better than a serrated knife, and mostly just scrape the wood and clog their teeth. 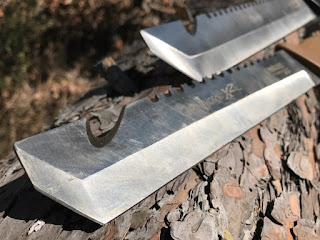