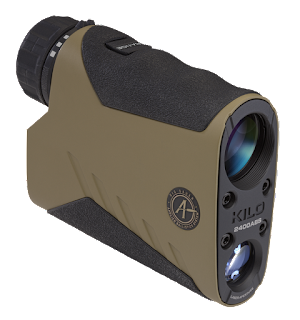 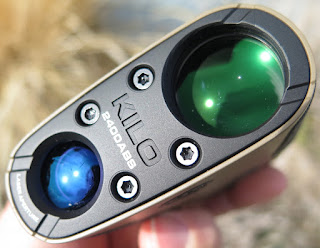 Cutting to the chase, the Sig Kilo2400 ABS Laser Rangefinder works as advertised. So now that’s of the way, let’s consider the philosophy behind owning and using such an advanced handheld ballistics computer. And just to get it out of the way, the Sig Kilo2400 ABS Laser Rangefinder retails for $1700 and has a street price in bad breath distance of $1500.


As a lifelong hunter and one who was shooting iron sights out a hundred yards, and bringing down big game at two and three hundred yards with 4x scopes, I do find it interesting that the AR15 has enlightened many folks to the capabilities of shooting long distance. The weird thing is that our simple bolt action rifles in .270, .308 and my favorite 30-06 have been around for almost forever and have been capable of hitting targets well beyond 500 yards with minimal skill and out to 1000 yards with considerable skill. Of course extreme long range or ELR as the extreme long rangers like to say has better options including the .338 Lapua and the .50 BMG, but regular old hunting cartridges can easily outshoot most shooters. Well, unless they are using the Sig Kilo2400 ABS Laser Rangefinder. 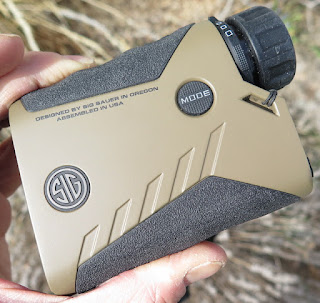 A ballistics solution is the information you need to place your bullet on your target regardless of distance. angle, or atmospheric conditions. It is an adjustment in aiming that takes into consideration every realtime consideration worth taking into consideration. And when the ballistics solution is dialed into the profiled rifle, a scary degree of long range accuracy can be achieved by someone with more brains than skill. Kind of like spell-check for long range shooting. 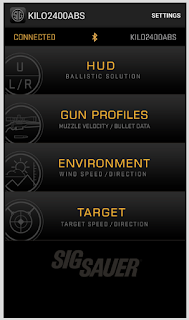 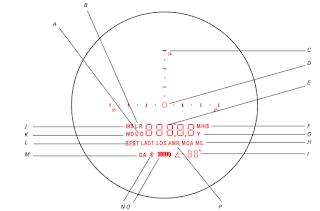 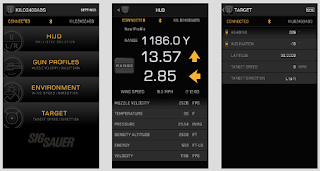 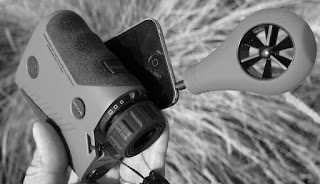 So where’s the magic? It is in the ballistic solutions the Sig Kilo2400 ABS Laser Rangefinder provides to anyone who asks. I’ve long been a proponent for upgrading a firearm as much for the added performance as to learn how it works. After a few teardowns and rebuilds, you will have an intimate knowledge of the gun and feel comfortable tearing into it for whatever reason, or even fabricating your own parts if something goes south. So using or even just playing with the Sig Kilo2400 ABS Laser Rangefinder, you will gain important insights into ELR shooting whether or not you ever pull a trigger on a 1km shot.


I know it sounds like ELR blasphemy, but dropping a grand and a half on a ballistics computer with range finder is something you will not have a second chance at when the EMP hits, or the store shelves go bare. For those who don’t think much beyond their apartment hallways, or even the end of the block, shooting long distance is low on the preparedness checklist. The problem is that in a real SHTF situation, the environment changes. Flinging lead down the street or from rooftop to rooftop is not just for the movies. It is something that urban combat across the world has taught us is a realistic skill. Sorry to burst any bubbles, but in a real SHTF WROL, you just might want to have some ELR shooting skills whether by practice or by electronics; the target doesn’t know or care. 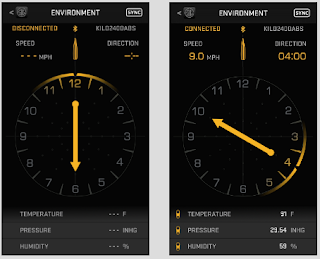 One of the odd things about extremely long range shooting is that that the firearms community believe that it requires specialized equipment and near superhuman skill. In reality, anyone who wants to lob bullets an eighth of a mile can do so. But to hit something requires just a little bit more. If you have an endless number of shots, you can walk something in even at five miles, but human threats are of human size and realistic encounters are at the limits of vision, optics, and even the curvature of the earth. But protecting one’s bug out location with a thousand yard shot is not out of the question, but certainly might be out of your plan. 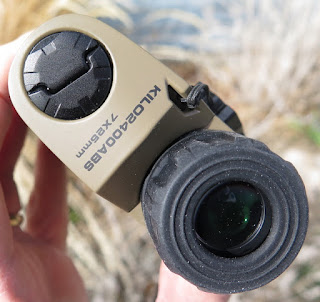 The Sig Kilo2400 ABS Laser Rangefinder provides near-instantaneous adjustment suggestions that when dialed into your scope or DOPE will do wonders even you have never ever attempted a shot over 500 yards. I know that’s a scary thought for traditional hunters who wander the woods with their 200 yard guns that can actually shoot a thousand yards, but the reality is that with the right information and understanding, few long guns are short range tools.


In real life, even if your training and shooting adventures don’t allow the long range stuff, you can count on the SIG Kilo2400 to take you to the next step when it really matters.
Posted by Doc Montana at 2:52 PM